The trick is knowing which one of them is going to work best for you. It’s all going to come down to how much you want to spend and how easily you want it to work. We’ve compiled information on all three to help you to make your decision.

First up is one of the most common headsets out there. The oculus rift can be used on PCs and nothing else. It’s main selling point is as a gaming device for people who like to play on their computers.

It’s extremely powerful and has a huge following. It was actually started as Kickstarter but the company was quickly bought out by FaceBook. The biggest draw is the comfort of the controllers.

They fit right into your hands and can be used just like you would use a keyboard and a mouse.

If the name Oculus leaves you with a sour taste in your mouth, that’s probably due to its humble beginnings. Things weren’t always so great for it. Development was slow and the original owners were accused of not being able to deliver on their promises.

Your head movements are tracked with 3d mapping to give you a smooth and lifelike experience.

Next up is the HTC VIVE. It’s a really beefy headset. This is another one that hooks up to your PC. It plays video at 1600 resolution so you can really get a good look at them titties.

Its claim to fame is the incorporation of Lighthouse room tracking. It’s an ingenious bit of software and hardware that lets you walk around your room while you’re using it.

The headset will track you and make you feel like you’re moving through whatever digital world you happen to be inhabiting.

Most of the features will go unused for you, but your bank account will always feel the sting of getting such a blow to it.

Finally, we come to the Google Cardboard. It’s exactly what it sounds like. It’s a piece of cardboard that you fold into a headset. This one only works with phones.

You set it inside, close the box and hold it up to your head. You can attach a rubber band to keep it in place if you don’t feel like holding it the whole time. It sounds budget friendly and it is.

The cardboard is surprisingly rugged and will hold up for quite a while. You can enjoy any resolution that your phone can muster. It’s basically just two lenses inside and the app that you download does the rest of the work.

The gyroscope in your phone will let you move your head around to look at what you want to look at. The big drawback is that you have to start the video and place it inside the box before you get started. You can wear headphones but there’s no other real way to control what ‘s going on once it’s on.

The choice here is totally up to what you want to do with your headset. Forget about the VIVE right away. If you were the intended audience for that, then you wouldn’t have been looking for a review like this in the first place. 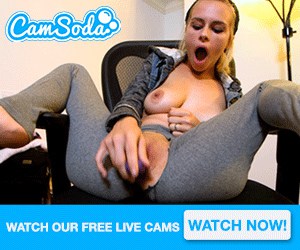